Riders In The Sky

40 years ago, Ranger Doug, Too Slim and the late Windy Bill Collins played that first date on the bitter cold evening of November 11th, 1977 at Herr Harry’s Frank N’ Stein Rathskeller in Nashville, and small listening room dates followed. By August of the following year demand was building, and while Windy Bill left, Woody Paul joined, and the true professional beginnings of the band began at the Kentucky State Fair, where the trio played 10 days for $2500 – and bought their own rooms and meals out of that!

Ranger Doug, Too Slim, Woody Paul and Joey the Cowpolka King… 40 years on, “The Cowboy Way. 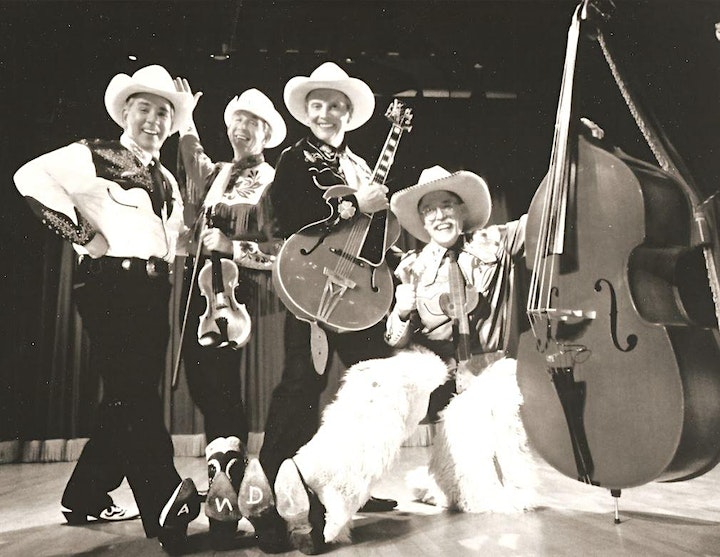 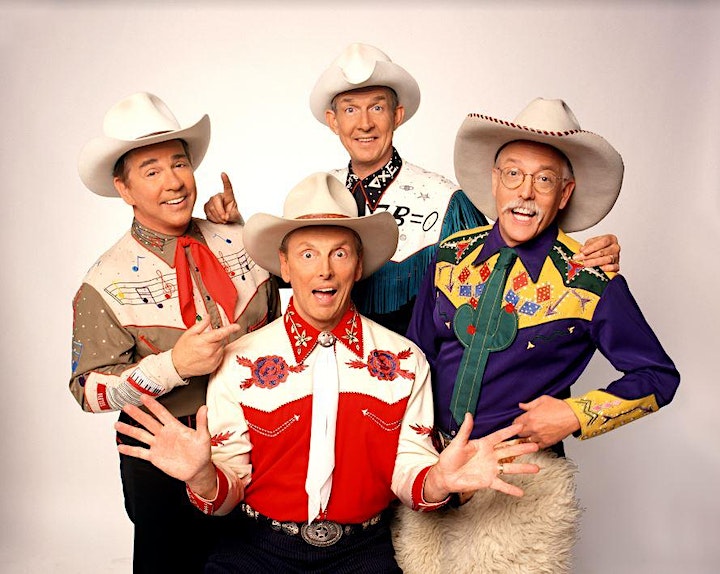