Liverpool Legends are four incredibly talented musicians and actors hand-picked by Louise Harrison- sister of the late George Harrison of the The Beatles.

Louise’s involvement in Liverpool Legends makes them the ONLY Beatles Tribute Band with a direct family link to the original Fab Four. “Each member of the group is so close to the originals that I often feel like I’m transported back in time with the lads. These are exactly the kind of fun loving quality musicians that my brother George would have loved to hang out with,” says Harrison.

Liverpool Legends along with Louise Harrison were nominated for a Grammy Award for their work on “Fab Fan Memories” – a Beatles Bond.

Internationally acclaimed Liverpool Legends, have toured all over world with recent sold out performances in The U.S., Mexico, India, Israel, Ukraine, Chile and Ecuador.

Liverpool Legends have headlined at the prestigious Rose Bowl in Pasadena, CA, in front of 68,000 people (an audience larger than The Beatles performed for at Shea Stadium!). Liverpool Legends also received national attention when they re-created The Beatles famed 1966 concert at Busch Stadium in St. Louis.

Liverpool Legends have headlined at the world famous Carnegie Hall in New York City, where The Beatles performed in 1964 right after the Ed Sullivan Show.

Carnegie Hall Tickets Here! Recently Liverpool Legends were chosen over every other Beatles Tribute band in the world by top television and film producer Jerry Bruckheimer (CSI, Pirates of The Caribbean, National Treasure) to portray the band that changed the course of music and the world forever.

Liverpool Legends have headlined their own show in Branson Missouri. since 2006. They have been awarded Best Band, Best Show, Best Tribute Show and received the prestigious Visitors’ Choice Award for Entertainer of The Year. 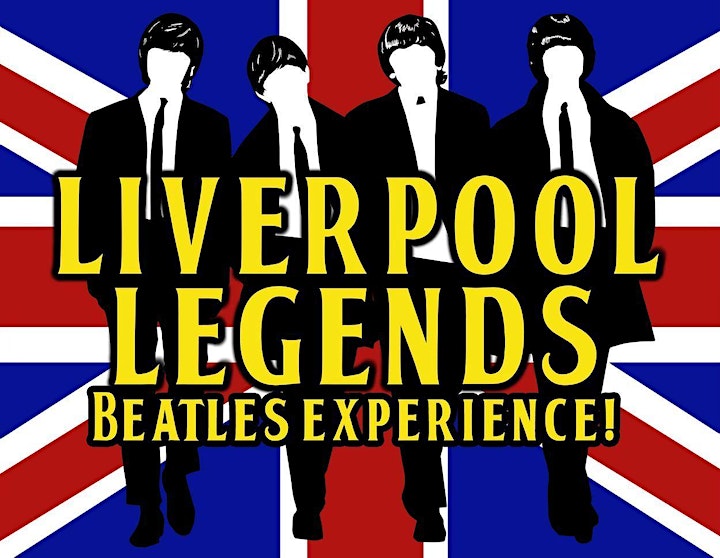