Christmas from the Heart of Nashville

The multi-award winning group MARK209 has been singing for audiences across the United States since 2011, with appearances ranging from presidential and television to opry and church platforms. Together, the approachable group of Christian country vocalists draw from their unique blend of voices to create a harmony which leaves an indelible mark of musical excellence on listeners, whether newcomer or long-time fan.

MARK209 — Nathaniel Justice, Jym Howe, Josh Pope, Roger Golden, and Joe Lee Armstrong— carries the honor of Christian Country Group of the Year for four years as well as the Fan Favorite Group of the Year. They regularly have songs on the national charts including their number one on the Christian Country Music chart with the song “My Kinda People.”

MARK209’s dynamic brand of Christian and Country music has become a hallmark and distinction for the group, endearing them to thousands of fans across the nation through personal appearances, radio interviews, and television appearances.

The group’s name, MARK209, comes from mile marker 209 on I-40 in Tennessee, the crossroad for the Country Music Hall of Fame, the Ryman Auditorium, Music Row and much more. It’s the heart of Nashville and where all roads lead to home base for this versatile group. With the goal of reaching hearts through music, MARK209 continues to entertain all ages, paving a legacy with proven staying power. 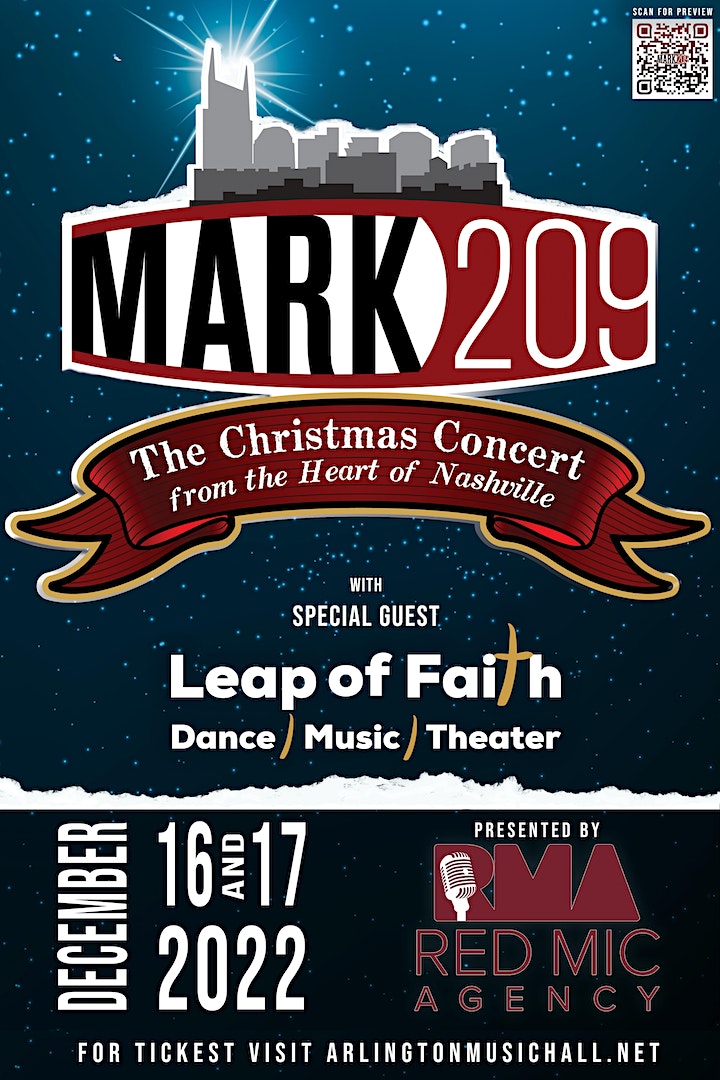